Guest
Login or Sign Up
A step by step guide to reaching Elden Ring’s Altus Plateau
In the third part of our Elden Ring walkthrough, we will reveal how to reach the Altus Plateau if you’re not able to use the Grand Lift of Dectus. At this point, it is very likely you only have one half of the Dectus Medallion required to operate the contraption. There is another way of getting up there, however.
Detailed below, as part of our Elden Ring guide, is how to get around the Grand Lift of Dectus and reach Altus Plateau. We’ve broken the guide down into a series of objectives to make it as easy to follow as possible. If you’ve already made some progress but have gotten stuck, use the headers to work out what you should be doing next. Alternatively, you can find out How to Reach Atlus Plateau Using the Grand Lift of Dectus and Dectus Medallions.
On this page, we’re going to explain how to get around the Grand Lift of Dectus and reach Altus Plateau in Elden Ring and reach the boss battle against Magma Wyrm Makar.
When you’re standing at the entrance to the Grand Lift of Dectus with the Site of Grace to your right, talk to the ghost in the lefthand corner. It will tell you about an ancient tunnel that can be used to get to the Altus Plateau, circumventing the Grand Lift of Dectus entirely. This is what we’ll use to get up there.
Now, open up your map and zoom in. Just to the left of your location is a ravine in between two large cliffs. It eventually comes to a dead-end, but this is where the entrance to the tunnel we’re looking for is. If you’re unsure, use the map image below as a guide. The blue markers are where you’ll have to travel through on the riverbed.
You now want to fast travel to the Site of Grace closest to the gorge opening, but you must make sure you have access to the lake from there. It’s no good fast travelling to somewhere on top of the cliffs; you won’t be able to safely make it down. To play it safe, fast travel back to one of the entrances to the Academy of Raya Lucaria and then ride Torrent to the entrance. This is the beginning of the Ruin-Strewn Precipice.
You’ll know you’re in the right place if you find a Site of Grace labelled The Ravine. Begin walking through and you’ll find plant-like enemies in your path that spew poison. You needn’t worry about them: just ride straight past on Torrent. Keep on following the river along until you come to a clearing with a Golden Seed in the centre of it. You should now notice some wooden structures snaking their way up the cliff ahead of you. This is what we’re using to reach the Altus Plateau.
By one of the firepits is another Site of Grace, which creates a welcome checkpoint for us. Now climb the ladder in front of you and start making your way up to the Altus Plateau. Three ladders later, you’ll be greeted by a glowing green cave, only for a fourth ladder to demand your attention. Follow the only path open to you and take the elevator you find upwards. Once again make your way through the only corridor open to you, turning left when you can to get outside. There’s another Site of Grace here to your right.
Take yet another elevator up to its top and then work your way around the cliff using the wooden platform. Beware of the little enemies and bats here; they’re both a nuisance. There’ll be another ladder heading upwards ahead of you once they’re dead. You may begin hearing some faint singing now, which is coming from a special enemy type.
They’re joined by a large group of bats, which would be tacked carefully. If you can lock onto them one by one, shoot either a spell or an arrow up at them to gain aggro. This is a much safer strategy than taking them all on at once. Climb up the ladder it was guarding when it’s safe to do so. Another path awaits you with a ladder at the end, so make it there whilst killing the bats along the way.
At the top is another lift guarded by special bats, so take them out and then head up. Beware of their poison and magic attacks, they can easily gang up on you and get you killed. At the top will be another Site of Grace.
Directly after the Site of Grace is a boss fight against Magma Wyrm Makar. To learn how to kill it, click the following link: Elden Ring: How to Beat Magma Wyrm Makar.
With Magma Wyrm Makar dead, rest at the Site of Grace and take the elevator you find upwards. At the very top, you’ll have made it to the Atlus Plateau.
Do you have any more suggestions for how to get around the Grand Lift of Dectus and reach Altus Plateau in Elden Ring? Let us know in the comments below and check out our Elden Ring guide for much more help and information.
About Liam Croft

Liam grew up with a PlayStation controller in his hands and a love for Metal Gear Solid. Nowadays, he can be found playing the latest and greatest PS5 games as well as supporting Derby County. That last detail is his downfall.
Comments (1)

Elden Ring: All Sacred Tear Locations
Where to find every Sacred Tear

Elden Ring: How to Summon Spirits and Use Ashes Summons
Where to get the Spirit Calling Bell

Elden Ring: All Maps Locations
Where to find all maps in Elden Ring
Featured Games 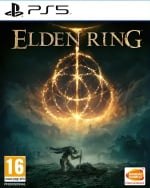 Assassin’s Creed Valhalla: All Armor Sets and Where to Fi…
Thu 10th Mar 2022

State of Play: What Time Is the Hogwarts Legacy Livestream?
2 days ago